Since founding Byers Creative in 2003, Angela has grown the business into one of the industry’s leading innovators of strategic marketing. Angela is a member of several professional groups, including the Women’s Executive Board (WEB), the Tulsa Chamber CEO Roundtable program and the International Association of Business Communicators (IABC)—where she previously served as the Tulsa Chapter president and the director of regional growth and development for the Southern Region. In addition, Angela is a past Chair of the Tulsa Chamber Small Business Connection, and also serves on the Tulsa Chamber Executive Board. Angela is also an enthusiastic advocate for local nonprofits and was previously on the United Way Women’s Leadership Council. Her incredible leadership led to Angela being named a “Woman of Distinction” by Tulsa Business & Legal News in 2015, the “Small Business Person of the Year” by the Tulsa Chamber in 2014, and the “John Hartman Professional of the Year” by IABC Tulsa in 2015. She was also awarded the IABC Tulsa “Leon Bolen Service Award.” 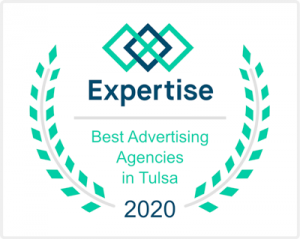